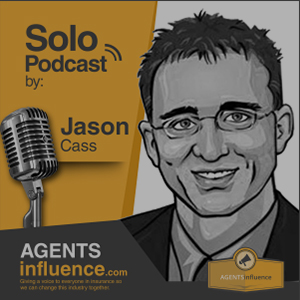 Will Your Voice Enable Enough Conversations?

The game might have just started, but that doesn’t mean we shouldn’t be playing.

It’s very possible this revolution could allow the industry to make up a ton of traditionally stagnate ground in a hurry.

They only thing we have to do is start playing this new game most people haven’t heard of yet.

That’s what Jason talks Steve Anderson, of The Anderson Network, about already being in the game.

Listen to Agents Influence with Jason Cass below…